How it all started

This whole story started over 15 years ago as a hobby. It all started as Mr.Tom Lintern was doing what he really enjoyed doing; making artistic works. In the course of their pursuit, the story has emerged. What was intended to be a simple piece of art slowly but surely transformed into a very complex and superb piece of art – Girrion.

This story is a work of pure imagination well-articulated and put in writing to fit in the affairs of the current world. This is a great work prepared in the very context of the world today and the real environment surrounding us. This makes this novel one that is very appealing and suitable for the audience of modern man. 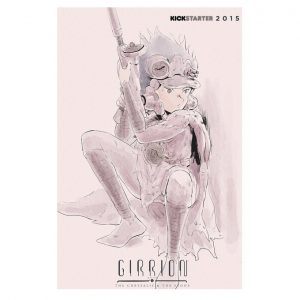 The Storyline — Girrion: The Chrysalis & the Stone Volume 1

The story is about a hero’s journey in a very distant world in a completely distant time. It focuses on Jarra, who is a poor factory worker who dreams and yearns to find a way out of his unfulfilling struggle. Seeking to find a route out of the life of misery he is engulfed in currently. A real serious struggle but without any promising outcome!

His thoughts and wishes systematically materialize though in a manner least thought of and least expected. His city is attacked by some “Alien” creatures called the Halodron. These creatures turn out to be very destructive and terrible. They mercilessly ravage the city and cause a lot of destruction and a lot of pain to the inhabitants of the city.

As all this is taking place and the conflict gets more coerce, he luckily escapes the whole quagmire. As he thinks that all is well, a new phenomenon occurs. He realizes that he has just escaped one conflict only to meet another whole new conflict. The very serious and fierce war of Magic and weaponry of very great force… will he survive? In this whole new turn of events, something else crops in. The soldiers who had fought in the previous war and had been forgotten resurface. As people as still coming to terms with this new issue, another issue again presents itself. This time around, it is the issue to do with the alien creatures that had caused a lot of trouble in the past.

The evidence is found that trails the creatures to the existence of certain technology called Girrion.

The presence of this new findings brings a lot of tension in the society as there is a threat of the possibility of the Girrion technology resurfacing. If does, what will then happen to the people of the city? All these events necessitate an immediate search for a solution. Something needs to be done to ensure the events do not repeat themselves.

A dilemma is thus present; Will the hero deal with the issue of the forgotten soldiers or will he work towards ensuring the Girrion technology does not resurface? How will he deal with all these issues while the economy is barely surviving? Who will then save these people? Is the hero in a position to ensure that the city gets back to its former Glory? In case he succeeds, will he be able to sustain the system? If he fails, what will become of the city? All these dilemmas leave us with a lot of expectations and hopes. What if all these are but a dream? 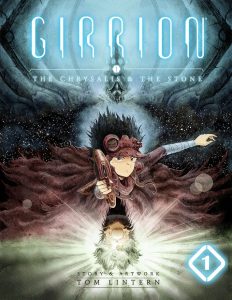 This novel is a very interesting reading and very elaborate to the reader. It tackles issues from an environment that is well familiar and understood by the reader. The language used is also one that is very clear thus giving the reader a very easy time going through the whole text utmost ease. It is also a writing suitable for people of all ages as the contents are very informative and make one be critical in analyzing and digging deeper to get the hidden realities in this great work of writing.

The writings also do not have sexually explicit extreme violence. This makes the writing desirable by a broad range of readers. It also upholds morality and does not interfere with the freedoms of the people from different cultures. The setting is neutral and does not tend to favor a specific culture or religion this allowing member from across the divide to find it as interesting.